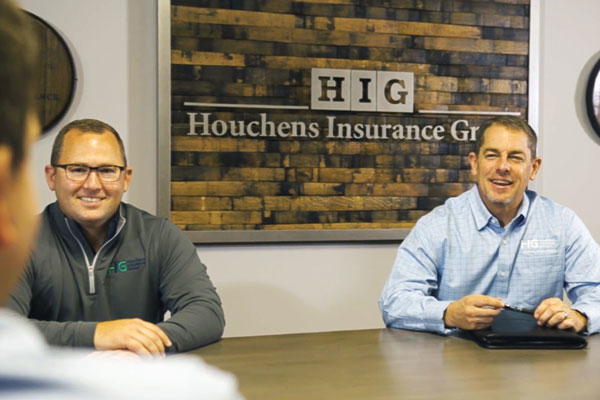 Houchens Insurance Group (HIG) is the result of 5 different organizations coming together as one cohesive group, (leveraging the expertise of each of our legacy agencies to operate as one synergized team). HIG started with the Center of Insurance, which became part of Houchens in the late 90’s. Gradually, they added the agency Insurance Specialist as their benefits expertise, then Van Meter Insurance joined the team in 2006 which brought a toolbox full of resources to allow the organization to compete at the next level. In 2007, Curneal Hignite came on board giving a presence in Elizabethtown, and finally the 100 year old agency in Northern KY and Lexington; Roeding Insurance added expertise in the Public Entity arena and added a significant volume to the commercial book. All of this combined revenue was originally $35M and today it has grown to over $80M with 325 employee/owners with plans to be at 100M in 5 years. HIG was voted as the number one Best Place to Work in the state of Kentucky, and also recognized as the 46th Largest Insurance Agency in the United States, as well as a Best Practice Agency. In 2021 HIG was ranked 5th in the nation for Best Places to work in Insurance by Business Insurance.

We own and operate over 300 grocery stores, neighborhood markets, and convenience stores. Over the past 20 years, we have diversified our portfolio to include retail, insurance, manufacturing, construction, utilities, fast food and more.